Tiwa Savage has finally responded to all the mixed reactions trailing her recently released racy video.

For those accusing her that her video preached ‘no message/moral lessons’ to the young ones at home, she tweeted: “not telling them nothing, the video is 18+” ! She then thanked her fellow celebs including 2face Idibia, Uti, Flavour, Ice Prince, Kaffy, OAP Gbemi and others who supported her musical expression and art in her latest video. 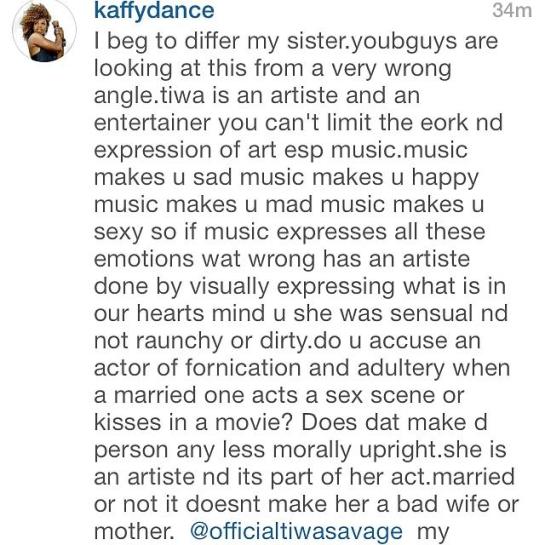